Hutspot Patties for every occasion 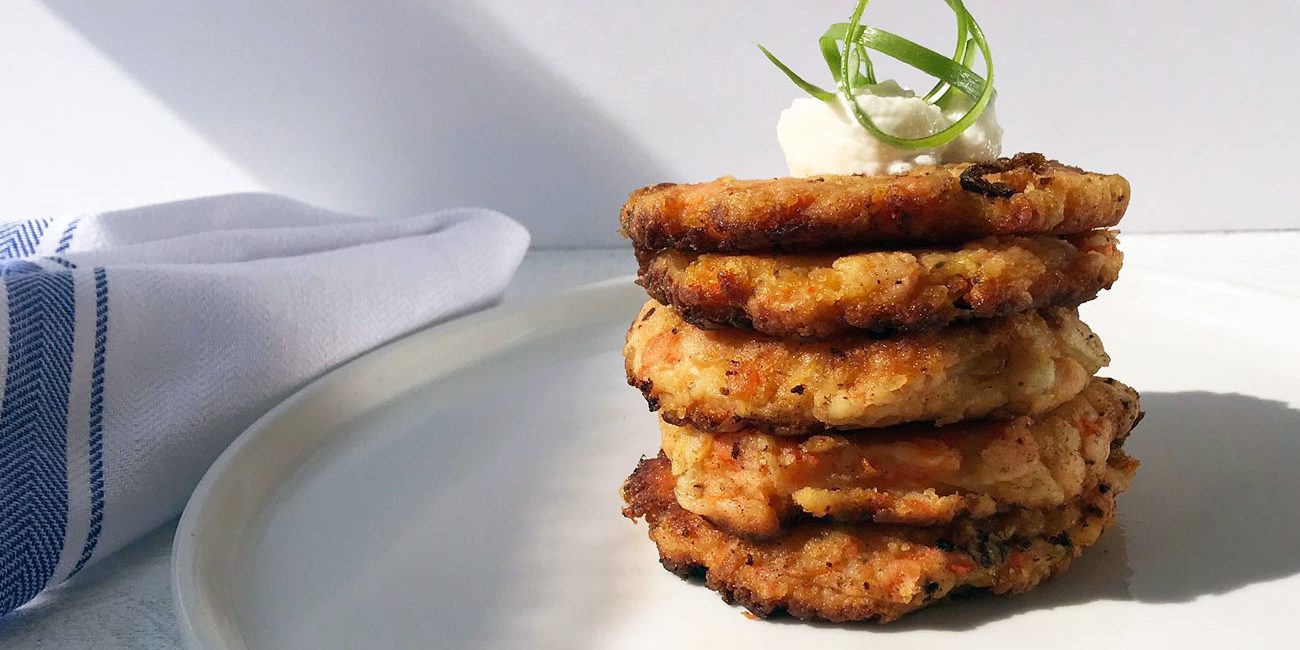 Hutspot is a traditional Dutch one-pot meal made with mashed potatoes, carrots and onions. Some say the word comes from the French word hochepot or the English word hotchpotch.

This classic dish is often eaten as a main meal throughout the fall and winter seasons. Hutspot is also a traditional meal served during 3 October Festival in Leiden, the Netherlands. The festival commemorates the anniversary of the 1573-1574 Siege of Leiden (Leidens ontzet), during the Eighty Year War, when the Spanish army attempted to capture the city.

Hutspot patties do well as part of a meal, served with braised beef, smoked sausage or crispy bacon. Also good as a standalone snack and accompanied with little meatballs in sweet soy sauce. Give it a try and let me know how it turned out.

Method:
Cut the potatoes, carrots and onions into pieces.
Cook the potatoes, carrots and onion together in boiling water for about 20 minutes.
Drain the potatoes and vegetables.
Return the pan to the heat and steam dry for about 3 minutes to make sure all liquid is evaporated
Puree the potatoes with the carrots and onion with potato masher.
Add 4 tablespoons of flour
Stir in egg into the puree.
Season with pepper and salt
Heat olive oil in a skillet over medium heat.
Make a small ball of the mashed potato mix (tip: use ice cream scooper) and roll through flour.
Place into hot oil and flatten to about 4-inches circles
Cook until bottom is golden brown and crisp – about 4-5 minutes per side.
Remove and drain on paper towel.
Repeat wit remaining mix.