The Land of Our Mothers. 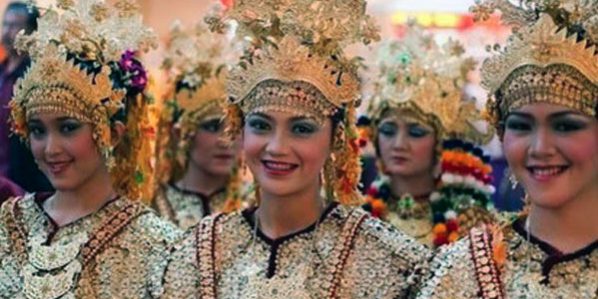 Having roots in both Indonesia (motherland) and the Netherlands (fatherland) I have accumulated a nice mix of cultural elements from both countries that create a sense of belonging. My exploration is ongoing and I keep finding new things that I enjoy.

For instance, when eating Indonesian food I sometimes play some Indonesian music to complete the exotic atmosphere. This varies from the traditional Keroncong to Gamelan to the more contemporary pop music, which can be found on the internet. Even though I was not born and raised in Indonesia, it does resonate with me. It is somehow engrained in me, as I grew up with cultural elements, like music, brought from the former Dutch East Indies.

While eating Beef Rendang, I got more interested in the background of the most popular dish of Indonesia, which is originally from the Island of Sumatra and one of the characteristic foods of the Sumatran Minangkabau region. So, while exploring and trying to find some music to play in the background I stumbled upon this beautiful piece of music titled ‘Gending Sriwijaya,’ performed by the Sydney Philharmonic Orchestra.

Geding Sriwijaya is the name of a song and a traditional dance from Palembang, South Sumatra. This song is played during the Gending Sriwijaya dance performance, created to describe the splendor, cultural refinement, glory and the grandeur of Sriwijayan Empire, established in the area now known as Palembang and by extension Sumatra (merchant state). Sriwijaya was once an important center of trade and had religious, cultural and trade links with the Buddhist Pala Empire of Bengal as well as with the Islamic Caliphate in the Middle East. The earliest known inscription in which the name Sriwijaya appears, dates from the late 7th century. The kingdom ceased to exist in the 13th century due to various factors, including the expansion of the Javanese, Singhasari and Majapahit empires. After Sriwijay fell, it was largely forgotten, It was not until 1918 that French historian George Coedes formally postulated its existence.

Now for the song which will take you  to the land of our mothers (the lyrics are in English below the video):

When you have your next date with Rendang, play this music in the background and feel like you are in Sumatra.

Here are the lyrics – literally translated in English.

The first stanza is the original lyrics of the song, while the second stanza was added later:

When I’m longing for the ancient nobleness

I will sing the song of Gending Sriwijaya

Through art I will enjoy the happy times

Recreated from the womb of Maha Kala (God of Time)

Sriwijaya with the grand Ashram of The Maha Guru

Resonate from the peak of mount Siguntang Maha Meru

Noble witness that stand up firm for eternity

Elevated the fame of Indonesia in Asia

Symbolizing the historic grandeur of our homeland

The garden of princesses, the daughter of Syailendra Maharaja

Then there is this other great composition: “Tanah Airku” means “my motherland”.