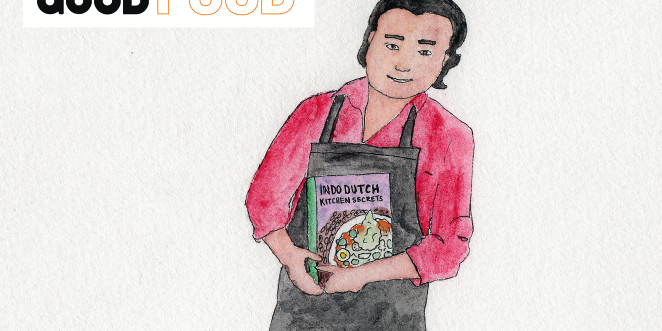 “Thank you so much Jeff Keasberry ! Got my copy in the mail with Jamie’s! Looking forward to baking yum kaasstengels, pastei, indische Mac’N cheese (my Ma made the best but I never got her recipe) so hope your’s is close and last roedjak manis – again I nver got my Ma’s recipe , so Jeff I am so grateful to you for your in English Indo Dutch kitchen Secrets cookbook!”