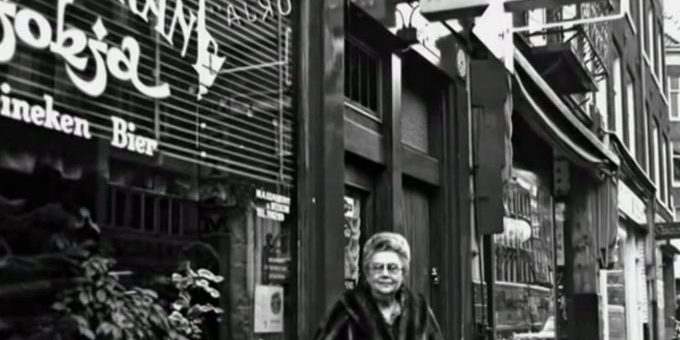 Grandma Keasberry is well known for her famous Indonesian restaurant Djokja, which she opened in 1954 in Amsterdam and her cookbook ‘Oma Keasberry’s Indische Keukengeheimen,’ in which she revealed her kitchen secrets. The book was in print in the Netherlands for more than 20 years. Check out the trailer video – with photo’s and added  excerpt of her radio interview in the Netherlands.

Continuing the legacy of Grandma Keasberry – the first to popularize Indonesian Cuisine in Amsterdam back in the early 1950’s.

Grandma Keasberry has been acknowledged as an authority on the classic Indonesian & Indo-Dutch Cuisine. In the Dutch book ‘met kruiden en een korrel zout’ (a book on the history and tastes of the Dutch Indies Cuisine, by Ellen Derksen, Ducelle Lillian and Eve Geleuken) she was named with all the other famed cookbook authors:  “Catenius van der Meyden, Keyner, Steinmetz, Keasberry, these are the names unmistakably associated with the classical Dutch-Indonesian cuisine.”

Oma Keasberry (her restaurant, family and the new cookbook by her grandson Jeff) was featured at the exhibit on the History of the Indo-Dutch (Indische) Cuisine at the Tong Tong Fair in the Hague for 3 consecutive years. The Tong Tong Fair is the largest Eurasian event in the World. The result of a questionnaire held under visitors of the exhibit at the TTF named her on the 5th place of most consulted cooking sources on the Indo-Dutch cuisine.

There is even a street named after her at the Tong Tong Fair near the food court.

Grandma Keasberry was a succesful entrepreneur and ran an haute couture boutique ‘ Maison Keasberry’  in Djokja and years later in Batavia for 25 years. When she migrated to the Netherlands she opened a boutique under the same name in Amsterdam. Since she was a talented cook (she catered to the Sultan of Pontianak by his request when he was staying at the des Indes hotel in Batavia). After 2 years in fashion in Amsterdam,  she changed her boutique in a restaurant, named after the city she lived for so many years: Djokja.

Grandma’s cookbook was first published in  Amsterdam in 1976. It was in print for 20 years. The national radio station NCRV had a truck in front of Restaurant Djokja for a live radio show from the restaurant and an interview with grandmother Keasberry on the day of the launch party of the book. Among the guests who were interviewed some ‘famous Dutchies”and the wife of the Indonesian ambassador.

Although Oma’s restaurant in Amsterdam has closed and her cookbook is no longer available, her grandson Jeff Keasberry published a full color hard cover book in 2012 as a tribute to his grandmother and mother and the the Indo-Dutch cooking style. In this book he shares stories and recipes from his family and restaurant. His second book was published in 2014 and features his ‘new Indo Dutch cuisine’. Currently Jeff is working on his third book which will be in English and expected by the end of 2015. If you like to stay informed on the publication date and/or pre-order, sign up for the newsletter.