A better day with a cup of Java. 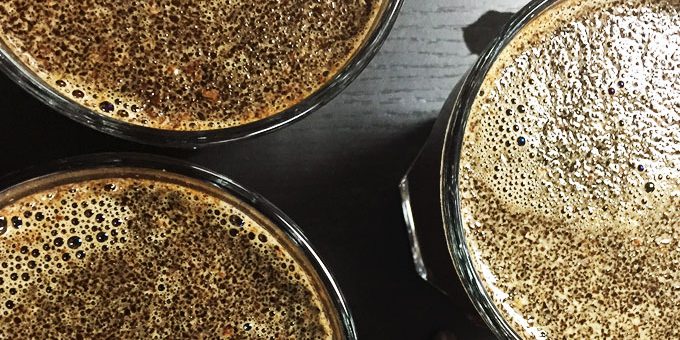 In many countries the word “Java” has become synonymous with the word “coffee”, like “Xerox” has become for “copying.” Java coffee refers to coffee beans produced in the Indonesian island of Java. In the times of the Dutch East indies, the Dutch began cultivating coffee trees on the island of Java and started exporting worldwide since the 17th century. As of 2015 Java’s old colonial-era plantations provide just a fraction of the coffee grown on the island. There is a great diversity of Indonesian coffee and last April we got to sample different coffee’s from Indonesia during the rooftop party at the Indonesian consulate. This coffee cupping event was organized to promote specialty coffee from all over Indonesia and was lead by Ms. Mira Yudhawati, a coffee expert and certified WBC judge. 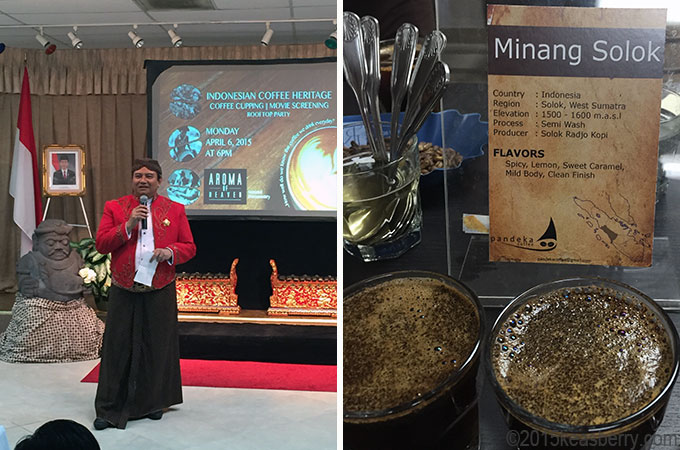 One would think, despite it’s worldwide reputation and being one of the premier coffee producing nations in the world, that coffee is big international business for Indonesia. It’s not, says Mr. Umar Hadi, Consul General of Indonesia in Los Angeles. There are several reasons why it is not as popular as Columbian coffee; As a country in total, coffee is just 0.3% of Indonesia’s export, Compared to for example Brazil as a country coffee counts for almost 4% of their export. Then for smaller countries in South America, coffee is sometimes their main export good. One can never find Indonesian coffee, because they are so diverse. They are often called Sumatra, Sulawesi, Java coffee, instead of the added word “Indonesian”. Another reason is that more than half of Indonesian coffee production is consumed locally. Due to the rise of the middle class (50 million out of a total population of 240 million people), business is booming and domestic consumption has become the main pillar of the Indonesian economy. Coffee shops are on the rise and is a place to come together. 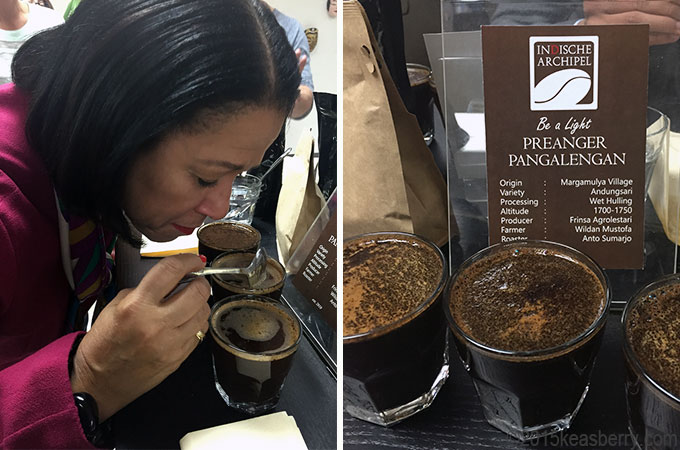 I sampled my first cup of coffee at age 6, and did not like its bitter taste. I was not allowed to drink it but later in life I got to appreciate it more. I remember my grandmother used to drink the traditional Kopi Tubruk. (some spell it Tobruk) This “mud coffee” is still the most common form of coffee in Indonesia; put a tablespoon of medium ground coffee in a glass (tea) mug. (sugar optional). Add hot water at boiling point to the mug. Stir for coffee and water to mix well. Allow for 3-4 minutes for ground coffee to settle to the bottom. Enjoy the coffee carefully by leaving the coffee mud at the bottom.

The coffee that I did not see at this cupping event, which is also one of the most expensive coffees in the world, is “Kopi Luwak” (or doodoo coffee as I call it). Also known as civet coffee, as it refers to the seeds of coffee berries eaten and defecated by the Asian palm civet or toddy cat as the animal is also called. But that is for another time. 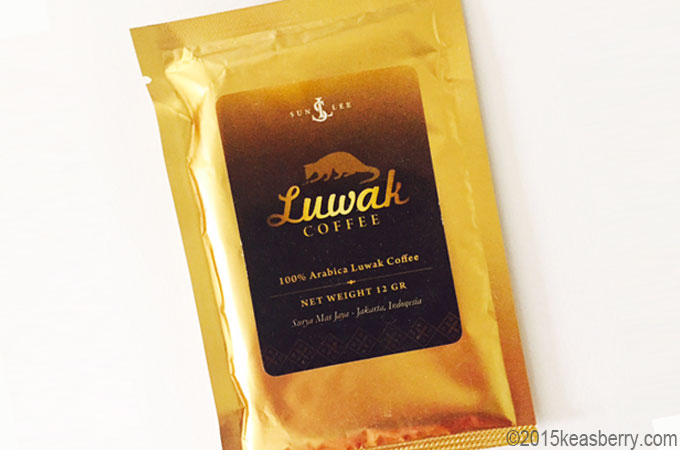 We can expect to see more kinds of coffee from Indonesia in the USA, as promoted by the consulate, or as Mr. Umar Hadi so eloquently put: “to satisfy your needs for the finest things in life!”

My friends in Holland from Kopi-Dua market their own exclusive selection of Indonesian coffees, only served at selected Indonesian restaurants. 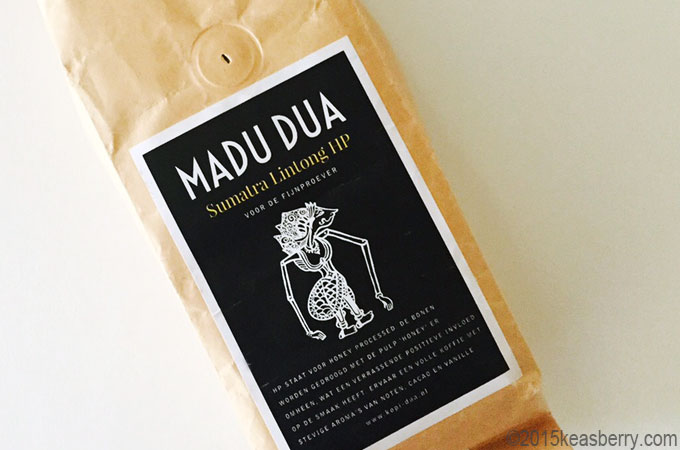