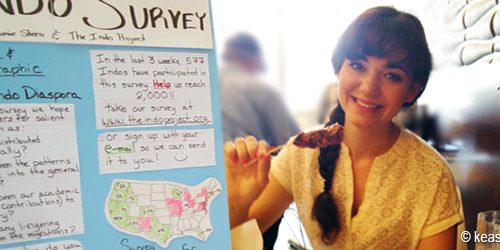 Younger Indo Americans eat more Indo Food than previously thought; Not only because it has more flavor and spice, but because it also helps them stay connected with their Indo heritage. According to some of the interim results of The Indo Survey 2012, over 50% of responses are coming from third and fourth generation Indo Americans. So far, 88% of these young Indos said that they identified being Indo through the food. The survey is conducted by Jamie Stern, a third-generation Indo American, born and raised in the U.S.

It was only a couple of years ago that Jamie came to learn that she was not alone as a third-generation Indo and that there were many more like her and her sister. Knowing this brought about a sudden comfort that filled a void from years of confusion and isolation.

Her grandparents were born in the former Dutch East Indies and repatriated to Holland in 1958 and immigrated to the United States in 1962. Focused on surviving and assimilating, the family did not have time to mingle or gather with other Indos. Nor did the grandparents speak much of their past. Her mother was the third child of four and married a Jewish American . Growing up, Jamie’s mother had limited information to share with her.  That explains why Jamie felt very distant and isolated from her Indo heritage and always wanted to know more.

Growing up, Jamie and her sister would eat Indonesian and Indo foods at their Oma’s house without really focusing on the fact that it was different from typical American family meals. She knew her Oma spoke Dutch and she and her sister would mimic little phrases such as, “goedenacht”, “ik hou van je”, but regrettably she never learned to speak it. With that extent of her Indo knowledge she began investigating her heritage in her early 20’s.

I remember commenting on a question Jamie posted of facebook 2 years ago, when she wondered what the name was of this Indo meal she was used to eating at her Oma’s. It was meat and vegetables covered with mashed potatoes out of the oven. I told her: Pastei Tutup – the Indo equivalent to Shepherd’s Pie. Jamie mentioned that her Oma also put in glass noodles – the Indo twist. She never really cared for that part. She also ordered a lot of sate and peanut sauce from the local Thai restaurant. Her Oma also always used to have white rice ready and on hand. She would make nasi goreng, opor and krupuk. Then there was this wonderful chicken soup. “…but I think it was more of an Oma-thing than an Indo-thing!”

After her Oma passed, Jamie and her sister would depend on their mom for their nasi goreng and opor fix. After her most recent visit to the Netherlands, Jamie, her sister and mother discovered sambal gorgeng , which is now their favorite!!

Currently Jamie is employed as a certified Aviation Weather Forecaster. While studying for her Masters degree in Geography she started collecting invaluable cultural information. The key questions she needed to know for her research included but were not limited to:  Where is everyone today? How have we assimilated? What is happening to our culture? To answer these salient questions, she created a survey that TIP distributed to their readers. The response was tremendous and provided her with so much more knowledge and insight of the culture than she was previously unaware of. This survey gave her direction in which to pursue further research on the Indo culture.  Currently, our newest survey is busy collecting data and information. It’s titled the 2012 Indo Survey – see link at the bottom of this article.

Jamie would like to see this spread of information culminate in the publishing of literature – in English – as well as the creation of art, cinema, music and cuisine! Jamie and I share a common wish/motivation, and that is to bring recognition of our culture to the USA.

On Saturday October 20th, Jamie and I will host the INDO USA GEN 3 event in South California. It is the first organized gathering for the younger generations in the USA. We both serve on the board of THE INDO PROJECT – a non- profit organization with the mission to educate and raise awareness among the English speaking public about our rich heritage.

Data is still being collected for The Indo Survey 2012. Click here to participate. 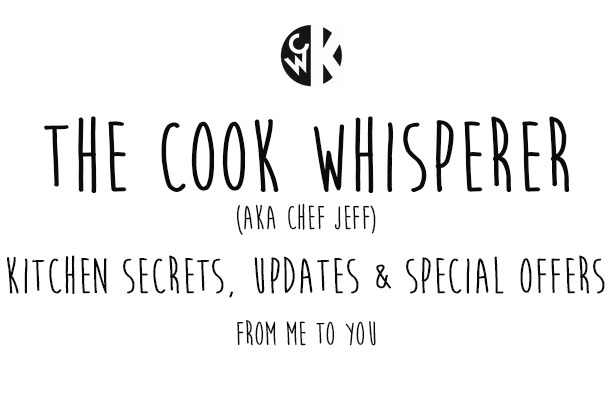